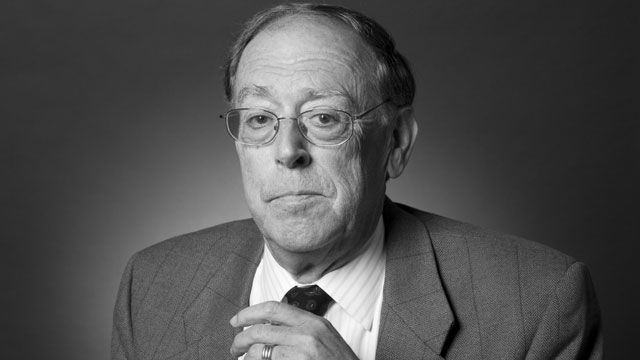 Kevin Phillips, the man who created the Southern Strategy

Here are some sample transcribed quotes from the article.

Kevin Phillips said, “All the talk about Republicans making inroads into the Negro vote is persiflage. Even Jake the Snake [Senator Jacob Javits] only gets 20 percent. From now on, the Republicans are never going to get more than 10 to 20 percent of the Negro vote and they don’t need any more than that … but Republicans would be shortsighted if they weakened enforcement of the Voting Rights Act. The more Negroes who register as Democrats in the South, the sooner the Negrophobe whites will quit the Democrats and become Republicans. That’s where the votes are. Without that prodding from the blacks, the whites will backslide into their old comfortable arrangement with the local Democrats.”

Another quote from the article and this quote is FROM 1970!!!

“He doesn’t dismiss liberal fears that there is a potential for fascism in the new conservative majority. ‘The popular conservative majority now taking shape, like past popular movements, is vulnerable to aberration. With its important component of military, apprehensive bourgeois, and law and order seeking individuals, there is a proclivity and over-reaction to the liberal engendered permissiveness and anarchy of the sixties. This is a danger the administration should watch carefully.'”

The above comment is acknowledgement that they (Nixon and Phillips) were deliberately choosing to appeal to fascist tendencies in order to win political battles in the US. The GOP became a party of WILLING fascism in the 1960s when Phillips created the Southern Strategy and Nixon accepted it as his tool to power.

Read the entire article. It’s shocking, especially in light of the current presidency and where the Southern Strategy has brought us after 50 years. These ideas and more were also expressed in his book, The Emerging Republican Majority, written in 1969.

However, by 2006, Phillips seems to have realized just how dark a turn the path he laid for the GOP had become. In American Theocracy, the NY Times described his writings as:

“He identifies three broad and related trends — none of them new to the Bush years but all of them, he believes, exacerbated by this administration’s policies — that together threaten the future of the United States and the world. One is the role of oil in defining and, as Phillips sees it, distorting American foreign and domestic policy. The second is the ominous intrusion of radical Christianity into politics and government. And the third is the astonishing levels of debt — current and prospective — that both the government and the American people have been heedlessly accumulating. If there is a single, if implicit, theme running through the three linked essays that form this book, it is the failure of leaders to look beyond their own and the country’s immediate ambitions and desires so as to plan prudently for a darkening future.”

The Southern Strategy is real. The historical documents prove it. The man who created it now seems to recognize he created a monster. And the monster of the GOP, Donald Trump, is now destroying our nation while Republicans sit by unwilling to lift a single finger to stop him.

One thought on “The Southern Strategy Is Real”

This site uses Akismet to reduce spam. Learn how your comment data is processed.